A Trucker’s Guide to Shipping from the U.S. to Mexico 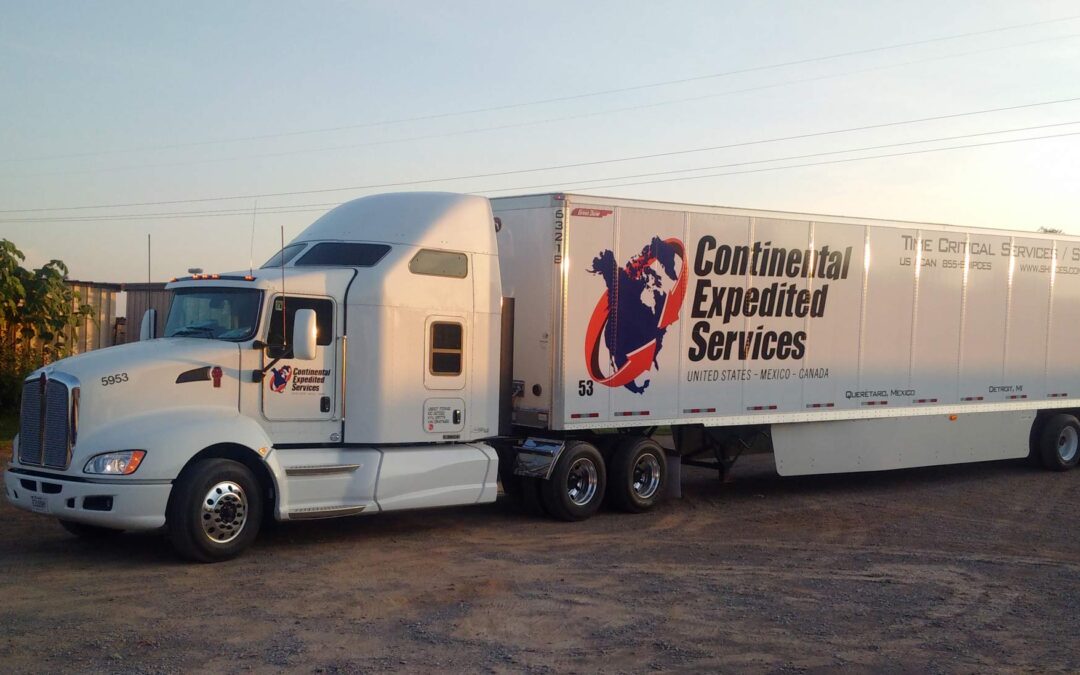 You can earn a handsome salary by landing a job in the in-demand U.S. to Mexico shipping business.

In recent years, the trade war between the United States and China has already compelled many manufacturers to consider shifting operations from China. More recently, however, other events have made the appeal of leaving China more convincing. Resultantly, more shipping companies find that they are moving goods from the U.S. to Mexico.

Firstly, the enactment of the United States-Mexico-Canada Agreement made it more plausible for manufacturers to work with suppliers in North America. Secondly, the coronavirus has placed a considerable strain on the global supply chain. With the outbreak of the coronavirus, shipping volume quadrupled seemingly overnight.

Now, companies are no longer thinking of moving out of China. They’re shifting operations to Latin America as fast as humanly possible.

Accordingly, there is a marked increase in demand to move goods across the U.S.-Mexico border. For a trucker’s guide to shipping from the U.S. to Mexico, keep reading.

Demand for U.S.-Mexico Shipping is Rising

Industry watchdogs believe that Mexico is in a good place to support American logistics infrastructure. It costs less to produce goods in Mexico compared to either China or Canada. As a result, Mexico will most likely capture a large amount of business that relocates to North America.

Commerce and logistics companies already have privileged access to the American market. As current events unfold, Mexico’s position in global trade has only improved.

Already, companies in cities such as Tijuana have benefited from the US-China trade war. There, employment is on the rise. Simultaneously, the vacancy rate for commercial properties is dropping quickly.

Fortunately for Mexico, the region has a distinct advantage compared to China. Manufacturers can move goods from Mexico to the United States by ground in days – and in some cases hours. There is no way to move shipments that fast when manufacturing products in China.

Also, it’s cheaper to move goods from Mexico to America. It cost more to ship to other countries.

Shipping different products from China by sea or air is expensive. Furthermore, it can take weeks.

What You Should Know About U.S. to Mexico Shipping

If a shipment is traveling from the United States to Mexico, for example, it can go as far as the Mexican border. There, a designated carrier hired by a Mexican consignee will take over the shipment.

The consignee will inspect the cargo and check all documents. They’ll then prepare the shipment for review by a Mexican customs agent. After taking the load through customs, the Mexican consignee will continue transporting it to its destination.

There is a similar process required to move goods from Mexico to America. First, a Mexican shipping company will present the shipment for inspection to customs in Mexico.

Mexican customs will then file for U.S. customs clearance. A Mexican carrier will then transport the shipment to United States customs.

Moving goods across the United States-Mexico border is a complex process. Nevertheless, there’s a rapidly increasing demand to drive products to and from the region.

As a result, the demand for OTR drivers is also increasing. For the right person, long-haul driving is a great job.

OTR drivers don’t spend a lot of time at home. Because of this, the job isn’t for everyone.

They usually drive freight across hundreds of miles. Often, they drive at night to avoid heavy traffic.

Some long-haul drivers may transport hazardous materials. They may also drive dangerous routes.

For these assignments, shipping companies pay the drivers well. The pay for these jobs far exceeds that of standard routes. However, there are more benefits to long-haul driving besides great pay.

Long-haul drivers get paid to travel all over the country. Some drivers say the best part of the job is exploring small towns that most people never see.

They also enjoy meeting the people who live in those towns. Some drivers even make lifelong friends during their travels.

If the peace and solitude of the open road sound appealing, you may want to consider driving a truck.

Shipping to Mexico: Where the Action’s At

A growing number of companies need goods moved to and from Mexico. Companies hire freight forwarders to perform this service because it’s the best way to save costs on shipping.

Manufacturers and retailers spend billions of dollars moving goods back and forth across the Mexican border. Spending on shipping across the US-Mexico border is growing steadily.

Companies see freight forwarders as a way to reduce logistics expenses. Freight forwarding companies offer more competitive rates compared to what it will cost a company to ship goods independently.

Freight forwarders move a large number of goods. For this reason, they receive better rates.

Continental Expedited Services hires the best drivers to move goods from the U.S. to Mexico. Our company also moves a considerable amount of goods between Canada and the United States. If you think you have what it takes to make it as a top-notch driver, apply to join our team.

We offer great benefits such as dental, health, and life insurance after 90 days. We also pay for stops, wait time, DOT inspections, and other related expenses.

Visit the ContinentalExpedited.com Driver’s section to learn more about our driver incentives and get started on the road to a great career.

No comments to show.